SIGN THE PETITION: Do Not Allow a Vote on Any Obama Supreme Court Nominee

Pro-life advocates in Augusta, Georgia have been praying that the Planned Parenthood abortion clinic in their city would close for more than three decades. Last week, they said their prayers were answered.

The company Hobby Lobby is synonymous with pro-life values. Its case to stop the pro-abortion mandate in Obamacare ultimatly reached the Supreme Court after the company refused to be forced to pay for abortion-causing drugs for its employees.

With Super Tuesday tomorrow, the battle line within the republican Party have been drawn between the #AlwaysTrump and #NeverTrump voters. Ted Cruz, in a new interview, is echoing some of the concerns of the pro-life Republican voters who are reading the latest polling data and seeing that a Trump nomination would more likely yield a President Hillary Clinton than nominating either pr-life Senator Marco Rubio or Cruz.

Evidence that a baby may have survived a botched abortion on Friday in Phoenix, Arizona has pro-lifers praying and asking for answers.

The Amazing Story of Two Sets of Twins Saved From Abortions

In November 2014, Milena* arrived at the hospital in tip, Macedonia, seeking an abortion. She was 40 years old, married with two children, and now, pregnant with t wins. She was afraid, unable to see how she could care for two more children at her age.

Andra Oyler was afraid that her son Drew would be disappointed when they attended a Houston, Texas rally for Republican presidential candidate Marco Rubio last week.

Two Women in U.S. With the Zika Virus Had Abortions, They Didnt Want a Potentially Disabled Baby

At least two unborn babies in the U.S. have been aborted because their mothers were infected with the Zika virus and concerned about possible birth defects, according to the Centers for Disease Control on Friday.

Black Pastors Protest Planned Parenthood: It Undermines the Morals of Our Community
http://www.lifenews.com/2016/02/29/black-pastors-protest-planned-parenthood-it-undermines-the-morals-of-our-community/

Memorial Remembers Woman Who Was Drowned and Burned After She Refused an Abortion
http://www.lifenews.com/2016/02/29/memorial-remembers-woman-who-was-drowned-and-burned-after-she-refused-an-abortion/

A servant of Mary will not lose his soul 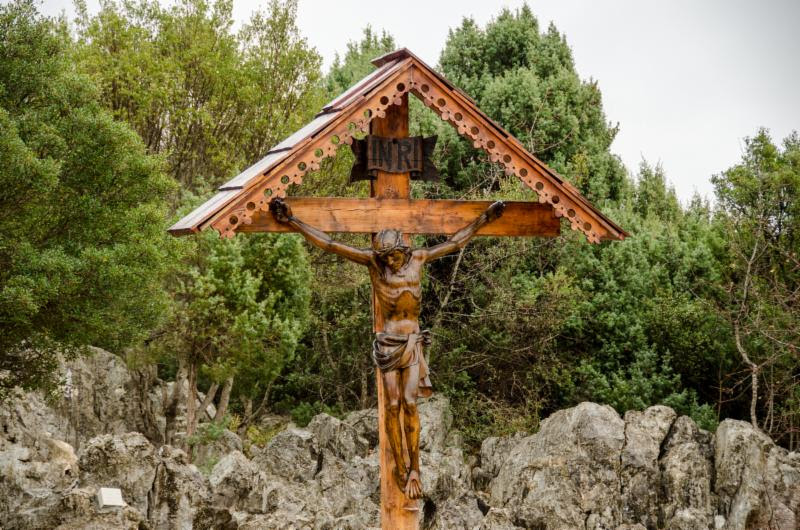 “Dear children! In this time of grace, I am calling all of you to conversion. Little children, you love little and pray even less. You are lost and do not know what your goal is. Take the cross, look at Jesus and follow Him. He gives Himself to you to the death on the cross, because He loves you. Little children, I am calling you: return to prayer with the heart so as to find hope and the meaning of your existence, in prayer. I am with you and am praying for you. Thank you for having responded to my call.” (February 25, 2016)

How to follow Jesus:
(From a conversation between Jesus and Gabrielle Bossis :
February 11 – Le Fresne Church
“They say that God is all kindness, and He is. You be the same with Me. What a beautiful exchange! And how welcome each little thoughtful gesture will be… You’ll understand later on.
Get used to walking in the dark like the blind. Trusting My hand to guide you. You couldn’t insult My heart more than to doubt it. My dear child, so little and frail, say to yourself again and again, ‘Where would I be without my great Friend? He is everything and I am nothing.’
Just humble yourself when you stumble and fall. Remember how I paid the price, stumbling and falling Myself on the terrible road to Calvary. Let that encourage you in love. Haven’t we said that love alone matters, that the only tragedy in life is not to love God? Make it your wish never to work for your own ends. Lose sight of yourself altogether, even of your inner self, wishing to remember nothing unless it be your infidelities so that you may regret them.
And wherever you are, practice the presence of God. It will help you to love Him, to have heart-to-heart talks with Him. Since I am there, throw yourself joyously into My arms. Oh, this joy of yours…don’t forget it; it enhances your love.”
February 13 – After Communion.
“What you can’t manage yourself – the control of your words, or the thought of My Presence – you will find easier with the help of My mother. Ask her to help you. I confided Mary Magdalene and the holy Women to her. Be like them; don’t leave her.”
(Gabrielle Bossis. “He and I”, p. 137)
In Jesus, Mary and Joseph!
Cathy Nolan
©Mary TV 2016

PS.  There will be a new Fruit of Medjugorje Episode today!!  Check it out!!

Our Lady of Tears confirms the message of Fatima

Spirit & Life – Serving the Church and the Truth