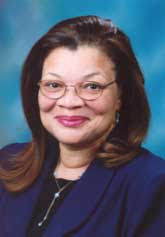 National Day of Remembrance for

112 Memorial Services Planned Across the Nation

42 at Grave Sites Where Aborted Babies are Buried
Citizens for a Pro-life Society, Priests for Life, and Pro-life Action League Host National Day of Remembrance 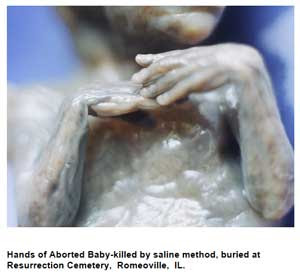 Mourners across the country will visit the gravesites of aborted children, whose broken bodies were recovered from trash dumpsters and pathology labs and solemnly buried over the four decades of legal abortion in the United States.

Under the direction of three national pro-life groups – Citizens for a Pro-life Society, Priests for Life, and the Pro-life Action League – simultaneous memorial services will be held at 42 such gravesites, as well as at scores of other memorial markers set up in memory of the aborted unborn at churches and cemeteries.

Eric Scheidler, Executive Director of the Pro-life Action League, stated, “It’s sobering to realize that grave markers for the unborn victims of abortion list only a date of burial. They have no birthdays because they were never allowed to be born. We can list no date of death, because those who killed them discarded their bodies like garbage. But they are not garbage to us. They are our brothers and sisters. That’s why we buried them, and that’s why we visit their graves to mourn for them and testify to their humanity.”
Monica Miller, Director of Citizens for a Pro-life Society, added, “Since 1973, 55 million innocent unborn children have been killed with the sanction of law. A fraction of these victims of the American slaughter have actually been buried. The graves of these victims are scattered across America – graves of sorrow and graves of indictment on a nation that permitted the killing of the innocent. As we visit these graves on September 13, we call upon our nation to remember these victims and bring an end to the injustice of abortion.”

“Abortion is not an abstract issue,” explained Fr. Frank Pavone, National Director of Priests for Life. “Having a memorial service where these babies are buried reminds us that abortion is not merely about beliefs, but about bloodshed; not just about viewpoints, but victims. By visiting the graves of the aborted unborn, we allow our hearts to be broken for them, and we recommit ourselves to protecting other children from suffering the same fate.”

The first National Day of Remembrance was held last September on the 25th anniversary of the solemn burial of several hundred abortion victims in Milwaukee, Wisconsin. Prayer services were held at over 100 locations, with thousands of mourners participating. Response was so great that the National Day of Remembrance has been established as an annual event, to be held on the second Saturday each September.

For more information about the National Day of Remembrance, including the stories behind the gravesites of aborted children and the locations of memorial services being held September 13, visit AbortionMemorials.com.

This site uses Akismet to reduce spam. Learn how your comment data is processed.